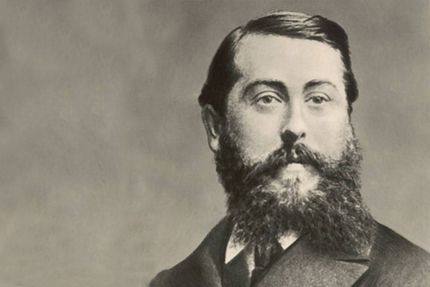 Among French composers of the 19th century, Delibes may be specially praised for the clarity and purity of French style: his music is laconic, colorful, melodious and rhythmically plastic, ingenious and sincere. Composer’s power was a musical theatre, and his name became a synonym for innovatory tendencies in ballet music of the epoch.

He was a fearless creator, the first to develop dramatic sense in ballet, preferring method of symphonization.

Noel Goodwin had once averred that Delibes «could be called the first impressionist composer, for he shared similar principles with his contemporaries in pictorial art: he made color and rhythm the most important elements in his compositions».

Delibes provided a generous amount of expressive character in his music - a new idea at the time - to produce music that is a descriptive tone poem.

Léo Delibes:
everything
will be alright

His grandfather was a singer at Opéra Comique, his uncle was an organist, and his mother passionately cherished the family tradition to be fond of music, which inspired her children to choose their future. Thus, Léo Delibes was born to become a musician. He was only 12 years old when he started to study the piano, organ and composition at Conservatoire de Paris (by the way, the composition was lectured by Adolphe Adam, the author of famous Giselle).

Delibes worked hard through all 54 years which his destiny bestowed at him. That was a highly charged, busy and energetic life, which knew no doubts and hysterics in search of the «true vocation». Delibes created almost uncountable amount of operas, operettas and dances. Yet, not more than three and a half of his ballets have survived till nowadays: La Source (was reconstructed by Jean-Guillaume Bart in 2011), Sylvia (was produced in many renditions, among others by such top choreographers as Sir Frederick Ashton, George Balanchine and John Neumeier), Coppélia (became a favorite of numerous choreographers, from Marius Petipa to Roland Petit) and Le Jardin Animé, a divertissement for Le Corsaire, consisting of many celebrated passages.

Delibes’ music was obviously not an obedient servant to the dance – nothing reminding the old days when choreographers didn’t even ask composers’ permission to change or add something to a piece. Nor it was a severe missis, as it came later, in the 20th century, when a composer was in position to dictate the terms of work with musical score and make scenes when a tempo was convenient for dance, but not right for his musical idea. Till now, Delibes exists in a state of equilibrium, of a total well-being where dancers and musicians are friends and no party claims to lead the show. Maybe it was this peaceful mood and quiet happiness, irradiated by Delibes’ compositions, rather than his power of invention, that was so appreciated by his colleague and contemporary Tchaikovsky, who always aimed to create a ballet score «not worse than a Delibes’ one». Probably, Tchaikovsky just posed or, maybe, he really suffered from spiritual torments and doubted himself, but he admired Delibes’ music above any borders. Even up to such an extent, that once Tchaikovsky noticed that if he had heard Delibes’ Sylvia a bit earlier, he would have never started his Swan Lake. The idea pretended that once the greatest ballet did already exist, then what was the point to try to bit that?

Yet, one would hardly call the Delibes’ ballets «symphonic»; his word would come to the ballet music with Tchaikovsky (how not to praise the Fortune which prevented him listening Sylvia before he started working with the swans…). Nevertheless, this magnificent music is breathing, feeling and dancing. It is filled with virtuoso musical solos and national melodies (Delibes used to send his characters far away from Paris: La Source takes place in the Caucasus, Coppélia unrolls in Galicia, Sylvia brings the spectators to the Ancient Greece, and odalisques of Le Jardin Animé live in sultan’s harem). This music takes its audience to an imaginary world of its own and blesses the listeners by an opportunity to forget all troubles and worries. That’s why Léo Delibes would ever be one of the most beloved and longed for composers of all times.