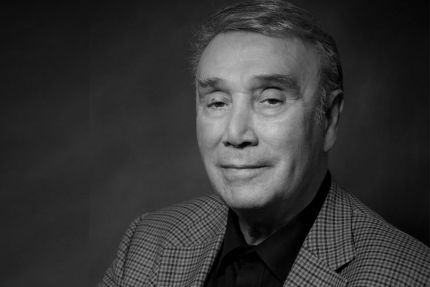 Veritable archeologist of the ballet history, an expert in reconstructing the almost totally forgotten partitions.

Man of culture and man of taste, he embodies delicious elegance of the other times through his erudition and manners. But beyond this appearance, Pierre Lacotte had – and has now — a strong influence on the history, style and perception of dance in France as well in the entire world. Today he is considered as the expert — and the reference — in époque Romantique.

Pierre Lacotte in his own words

The 19th century ballets represent an irresistible purity of style. The language of that époque is amazingly rich. Combination of French and Italian schools brings a miracle.

We have so many possibilities with notation and technology now to try to fix the choreography and style of the past. We have all to get together and agree nicely that at least we must reconstitute originals to document them, even film them, before it is too late. I'm sure there are a lot of ballets very ripe for reconstitution that we don't know. We must be the testing ground for people to do it after us.

The classic dance and contemporary dance are like communicating vessels. I think it is no need to make clans; it would be better to make all fibers of our intellectual, artistic or sentimental sensibility vibrate.

The most important things about a Romantic ballet are its lyrism and purity, its power to fascinate a spectator, to take him far away from his problems, worries and from the reality at all. This ballet opens a door to the other world where troubles and challenges of the earthy life do not exist. To be absolutely happy for these few hours — that is the aim. And of course, all romantic ballets are about love.

He occupies a unique position in the contemporary choreographic universe. Lacotte was a favorite apprentice of a famous Russian ballerina Lubov Egorova, who, in her turn, was a student of Enrico Cecchetti, as well as a classmate of Michel Fokine and an étoile of the Serge Diaghilev's company. Her Paris school became the cradle for many recognized personalities of European and American ballet of the 20th century: from Léonide Massine and Serge Lifar to Sonia Gaskell and Rosella Hightower. In the twilight of her life, Madame Egorova, one of the last ballerinas of the Grand Ballet Age, addressed to Pierre Lacotte bitter and fateful words: “I brought you up on the classics, and you have learnt the entire repertoire. But today I see you dancing jazz... Then, who will be occupied with classics? Promise me you will transmit everything I taught you”. The disciple promised. He kept his word.

By that moment, Lacotte had already built a successful stage career. Highly passionate for the dance since his early childhood, at the age of 19 he was dancing the leading roles in the Paris Opera Ballet. In 1954 the Belgian television presented successfully his first choreographic work La Nuit Est Une Sorcière. Since that moment, the desire to create his own choreographic texts guided all his career development. He established his own company Ballets de la Tour Eiffel, and then he headed the company Ballet des Jeunesses Musicales de France. For each of his companies he always created new repertoire, which resulted in more than 40 ballets to the music of Britten, Walton, Ellington, Aznavour and others.

But his true destiny lied in the testament of Lubov Egorova. The company Ballet des Jeunesses Musicales de France raised two talented dancers of the generation: Gillen Tesmar and Michael Denard. They helped Lacotte to find courage and start his great adventure: to revive La Sylphide, staged by Filippo Taglioni for his genius daughter, ballerina Marie Taglioni, to the music by Jean-Madeleine Schneitzhoeffer. The premiere took place in 1832 (more than 130 years ago!). Lacotte considered this masterpiece unfairly forgotten and lost in the golden repertoire. He had done a colossal work: he received access to archives of Marie Taglioni, researched original documents, found many unpublished materials and spent long hours talking with Lubov Egorova. She still remembered reminiscences of the last Taglioni’s partner, her teacher, Christian Johansson. That was a real «bridge to eternity», and Lacotte was building it with extreme carefulness, professionalism and soul.

It turned to be a triumph. The ballet was premiered as TV-film that was shortly followed by a stage version in Paris Opera. It brought contracts with this renowned ballet company to many stars of the production. Pierre Lacotte understood his calling and became worldwide famous as «the main reconstructor of the 19th century ballets». Among his landmark reconstructions are: Léo Delibes' Coppelia choreographed by Saint Léon (Opera de Paris, 1973), Auber’s Marco Spada choreographed by Joseph Mazilie (Rome Opera, 1981), Borodin’s Polovtsian Dances choreographed by Michel Fokine (Ballets de Monte-Carlo, 1986), Pugni’s Pharaoh's Daughter choreographed by Petipa (Bolshoi Theatre, 2000), Ondine choreographed by Jules Perrot (Mariinsky Theatre, 2006) and many others.

During all his long career Pierre Lacotte remained a highly demanded choreographer and an active person. He taught at the Conservatoire National Supérieur de L’Opéra de Paris, headed the Ballets de Monte-Carlo company, the corps-de-ballet of the Italian theatre l’Arena di Verona and was an artistic director of the Ballet National de Nancy et de Lorraine. He wrote a book «Tradition» co-authored by Jean-Pierre Pastori, and he also intrigued the international ballet community with his future book about incredible Marie Taglioni. Today he is full of plans and energy as ever. And let it last for many years.