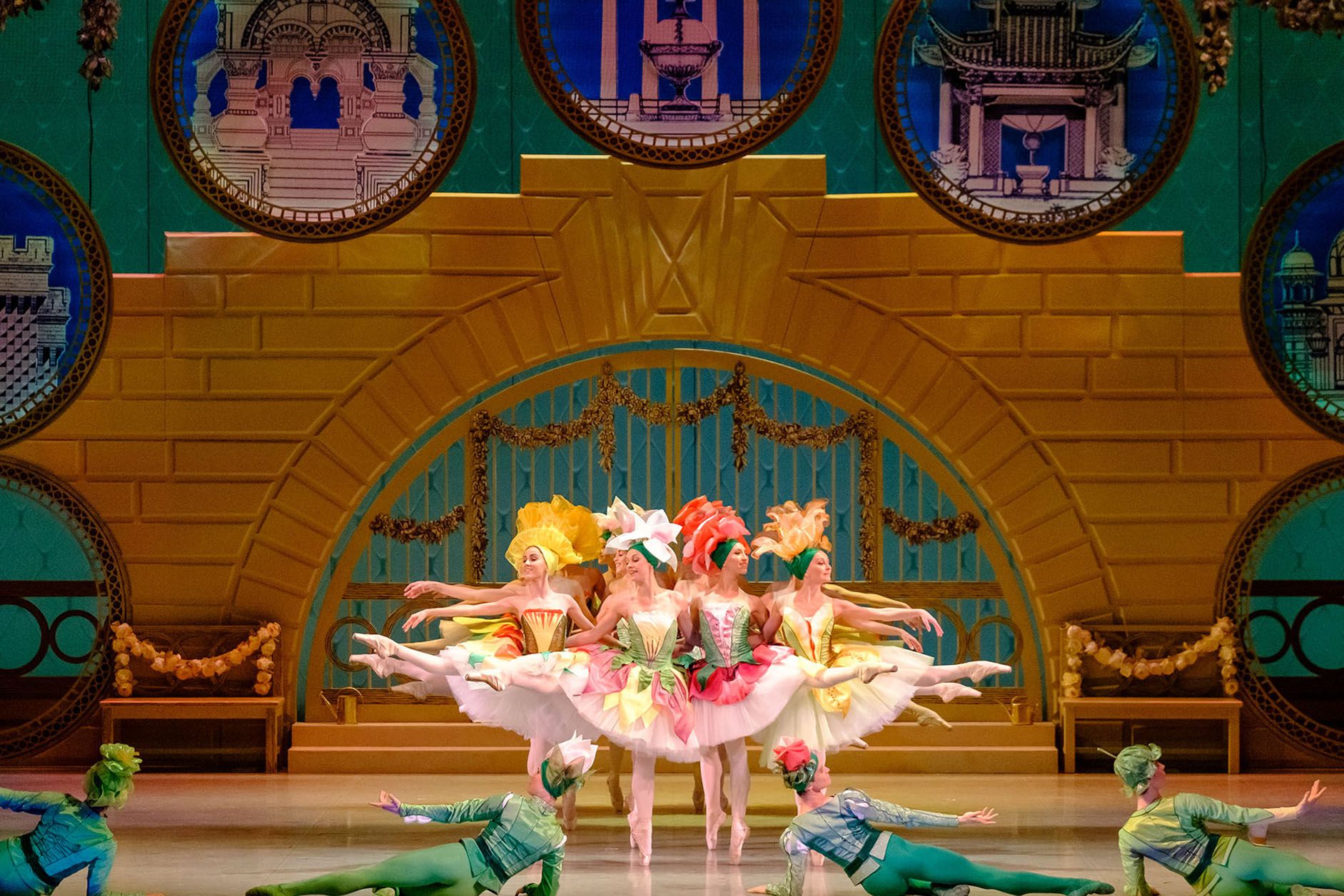 «Nutcracker»:
flowers instead of sweets

The ballet which we often consider a childish and sweet fairytale — is one of the last compositions of Pyotr Ilyich Tchaikovsky. It has much sorrow and even fear — sorrow for disappointed hopes of the youth, fear of the inevitable ending of life. They are masked, disguised as a snowy lyric, adorned with the sparkles of happy memories. But the further the humanity goes from the premiere of 1892 (which was produced by Lev Ivanov, as Marius Petipa was sick), more attentively the musicians and ballet masters listen to the music and more bitter become the spectacles. And if in the interpretation of Maurice Béjart, having turned The Nutcracker into autobiography, into a story about himself as a little boy, feeling bad about the death of his mother and complicated relationships with his father, the final is still happy (finally, the boy has grown up and become a great ballet master in real life), then in the interpretation of Matthew Bourne the children live in an orphanage, and in Radu Poklitaru’s version the heroine is a small poor girl who freezes in the street in a holiday’s evening and it’s only the old rat which is trying to protect her from the frost (all the happy story about the prince appears only in her last dream). Each choreographer, which is going to stage The Nutcracker in our days, remembers about his colleagues’ works and decides for himself, to what degree he will consider this unchildish intonation of the composer and for whom he creates this spectacle — for adults or children.

The principal ballet master of the Perm Tchaikovsky Opera and Ballet Theatre, Alexey Miroshnichenko in his version of Nutcracker has decided to make the spectacle for himself — for the child, that he was in the Vaganova Ballet Academy. The grey thoughts of Tchaikovsky didn’t disappear, but they merged into the background. And in the spotlight has appeared…Saint Petersburg of 1892. Appeared its cathedrals and fences, canals and rinks where the girls so cheerfully flirt with dignified men. (Fallen in love with Saint-Petersburg in childhood, the stage designer Aliona Pikalova created tender decorations with the pictures of the Voronikhin’s fence, and Tatiana Noginova designed such beautiful costumes that Alexandre Benois would give her a compliment).

It’s Saint-Petersburg where the Stahlbaum family lives, where children and adults create their home theatre, tell the fairytale about the princess Pirlipat and where the girl Marie dreams about the meeting with the Nutcracker Prince. (The producer has decided not to follow «the historical truth», though in the 19th century the girl was named Clara, and she was renamed only with the beginning of the First World War, because the story became firmly Russian and nobody wanted to return it to German).

Miroshnichenko clearly remembers the best «childish» version of the ballet created by Vasili Vainonen (the version that the pupils of the Vaganova Ballet Academy usually dance and the version that he danced himself when he was a pupil) and respectfully bows to it, but still creates his own independent spectacle. And also he creates the most famous libretto change — the characters arrive not in Confiturenburg, but in Blumenberg. Not in a town of sweets, but in a town of flowers — and the divertissement is organized the same way, where not the sweets dance, but the roses, lilies, peonies and lotus. And the final in Miroshnichenko’s ballet is his own, personal — quite happy, though before this final the choreographer makes the spectator a little bit afraid. But what fairytale dispenses with the moment when you become afraid for the characters? Thus, the choreographer bows to the Tchaikovsky melancholy, but still confirms that everything will be fine.