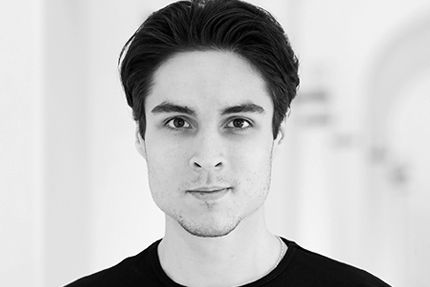 It might seem that the success for Timur with his fairy tale prince looks, artistic talent and impressive physique is something obvious. However, Timur has a different opinion on that: “There is nothing that you can do on stage without dedication, persistence and hard work”.

Native of Baku, he has been interested in folk dances from childhood. He graduated from the Baku Choreography School and danced with the ballet companies in Azerbaijan and Ukraine, where he accidently met Leonid Sarafanov and Denis Matvienko who advised him to try his talent at on of the main stages of Russia, in St. Petersburg.

Since 2001 Askerov’s creative career is linked to the Mariinsky Theatre. He is one of the main performers of the classical repertoire in the theatre — Count Albrecht in Giselle, Prince Désiré in the Sleeping Beauty, Solor in La Bayadère, Prince Siegfried in the Swan Lake, Jean de Brienne in Raymonda, Basilio in Don Quixote, Prince in the Nutcracker. He has also been successful at performing roles in pieces by Ashton, Ratmansky, Millepied (Without and La nuit s’achève), McGregor (Infra) and others.