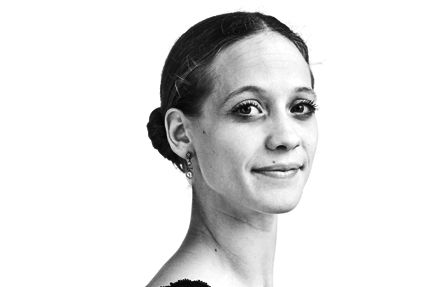 She studied at the John Cranko School in Stuttgart and graduated in 1998. She joined the Stuttgart Ballet as an apprentice in 1998. One year later she was accepted to the the Stuttgart Ballet’s Corps de ballet. In 2000 she was promoted to Demi Soloist and in 2002 to Principal Dancer. She danced with internationally renowned dancers such as Giuseppe Picone, Joel Carreño and Roberto Bolle. Among her awards: German Dance Prize “Zukunft” (Germany, 2006), the Premio Revelación in her home town San Sebastian, Premio Danza & Danza, an award of the Italian journal “Danza & Danza” (Italy, 2008), Premio ApuliArte (2009).