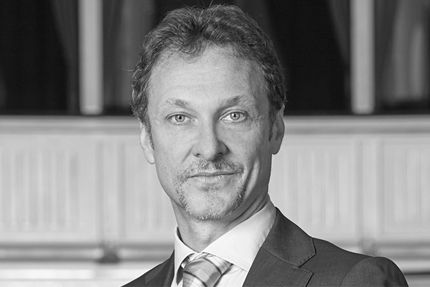 Manuel Legris always does his best and demands the same from the others. He has a good eye, he is foreright, and his perceptions and judgements are precise as a scalpel of a surgeon. And he is the best dancer in the world.

Ex dancer and étoile of Paris Opera, Manuel Legris reestablishes the prestige of the Vienne ballet.

Manuel Legris disposes a perfect choreographic tool. There are many things to borrow from him, such as quality of accomplished work.

He has turned Vienna into a city of ballet. Under his direction, the Vienna company has succeeded not only in Austria, but on an international level and they now enjoy an excellent reputation.

Manuel Legris excellently demonstrates diversity of his dancers, their capacity to work in different styles.

I am determined to serve Vienna ballet, its danseurs and danseuses.

I don’t really miss the stage, because I transmit, I have many other reasons to be happy. To follow how the dancers develop on stage, how they react on my efforts to teach them — all this brings me a huge happiness, so I don’t really miss it.

Manuel Legris graduated from Paris Opera Ballet School and joined the Corps de Ballet at 16 years old in 1980. After Legris danced the leading role of Jean de Brienne in Raymonda at the Metropolitan Opera in New York, he was appointed to the title "Etoile" in 1986 by the Stage Director Rudolf Nureyev.

In addition to his intrinsic qualities of flawless technique and expressive richness, Manuel Legris established himself as an outstanding partner, a complete dancer equally at home with the classical and the contemporary repertoires. The most renowned choreographers - William Forsythe, John Neumeier, Jiri Kylian and Jerome Robbins continued to engage him: Manuel Legris participated in most of the creations of the Paris Opera.

Legris’s reputation of the ballet star has spread around the world quickly: he was invited by the most prestigious companies, such as the Royal Ballet in London, the New York City Ballet, the Cuban National Ballet, the Ballets of Monte-Carlo, Stuttgart and Hamburg where John Neumeier created especially for him Spring and Fall and A Cinderella Story.

As a guest dancer Legris also appeared on the most prestigious stages of the world: from La Scala in Milan to the Metropolitan in New York, also he danced in the Bolshoi Theatre in Moscow, where he was awarded with the Benois de la Danse Prize for his part in Roland Petit’s ballet L'Arlésienne. Also he performed several times at the Mariinsky Theatre in St. Petersburg.

Manuel Legris travels the world with his fellow dancers, "Manuel Legris et ses Étoiles", the group was created in 1996 in collaboration with Monique Loudières. The idea was to allow young dancers to approach the solo roles still inaccessible for them at the Opera, and to enable them to work with leading choreographers. The group was regularly invited to Japan, performed on other prestigious stages of France and Italy.

Since September 1, 2010, Manuel Legris was appointed as the director of the Vienna State Ballet and as the artistic director of the Ballet Academy at the Vienna State Opera. When he entered upon the office he showed his appreciation for this great honor and promised to give a new direction to the ballet group. Legris already succeeded to improve the technique of the group, to create a unique style and to uncover dancer’s characters. Now they are shining each one in their own way, without tension in the most complicated choreographic schemes. The most obvious evidence of his success as a director is a new wave of interest of Vienne’s audience towards the ballet art.