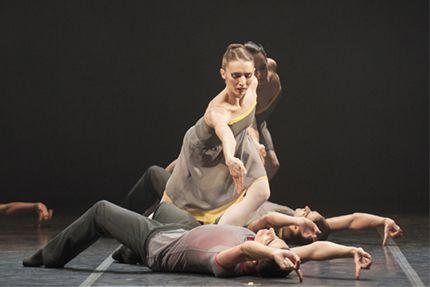 A unique ballet company that celebrates the diverse heritage of Leonid Yacobson, a prominent choreographer of the 20th century. The ballet master's choreography is passed on to every new generation of dancers with all of the nuances preserved and every facet of his original artistic concepts fully developed thanks to the theatre's teachers and tutors who once had the honour of performing under Yacobson's guidance.

Since 2011, the theatre has been managed by Andrian Fadeev, Honoured Artist of the Russian Federation. He believes that his main tasks are to ensure that Leonid Yacobson's unique heritage is carefully preserved, to sustain the traditions of classical ballet and to expand the theatre's repertoire by supporting young modern choreographers.

Today, the theatre’s repertoire consists not only of Leonid Yacobson's masterpieces, such as Rodin, The Bedbug, The Wedding Cortège, Spartacus, lyrical miniatures and genre scenes, but also of world-famous classical ballets, such as Giselle, Swan Lake, and The Nutcracker; and modern works of young St. Petersburg choreographers, such as Facets of Modern Choreography, Stone Shore, Romeo and Juliet, Rehearsal.

The ballet company performs at the city's top venues, takes part in international festivals and often shares the stage with world-class ballet stars. Productions of the Leonid Yacobson Ballet Theatre are familiar to audiences all over the world, including Japan, China, the USA, Canada, Mexico, France, Switzerland, Germany, Italy, Spain, Estonia and Croatia.

The company has been particularly proud of the prestigious Taglioni European Ballet Award that they received for the Best Production. The professional jury of the Award that was established by the Malakhov Foundation, chose Leonid Yacobson's Classical Miniatures over the other nominees.