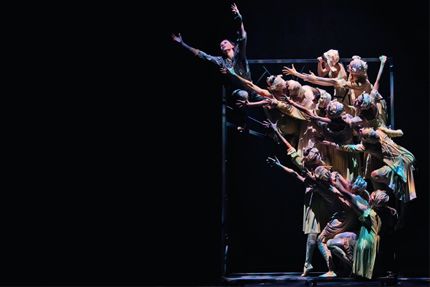 Keeping in line with the mission to promote Russian contemporary ballet art, Eifman Ballet Company has been actively engaged in touring all over the world.

Boris Eifman’s desire to draw his spectators into inexhaustible world of human passions, to establish live spiritual connections with the audience, to amaze it with brilliance and dynamism of body language — all of this determined the success that accompanies the theater’s performances at the leading venues of the world for decades.

While creating his own style, Eifman worked at various dancing systems. The theater became an artistic laboratory for him. The choreographer does not limit himself by the frames of a pure ballet performance, since the most important thing for him is theatricality. His productions are unforgettable shows, that reveal new forms and principles of dance. Boris Eifman has created his own theater — a theater of unfettered emotions.