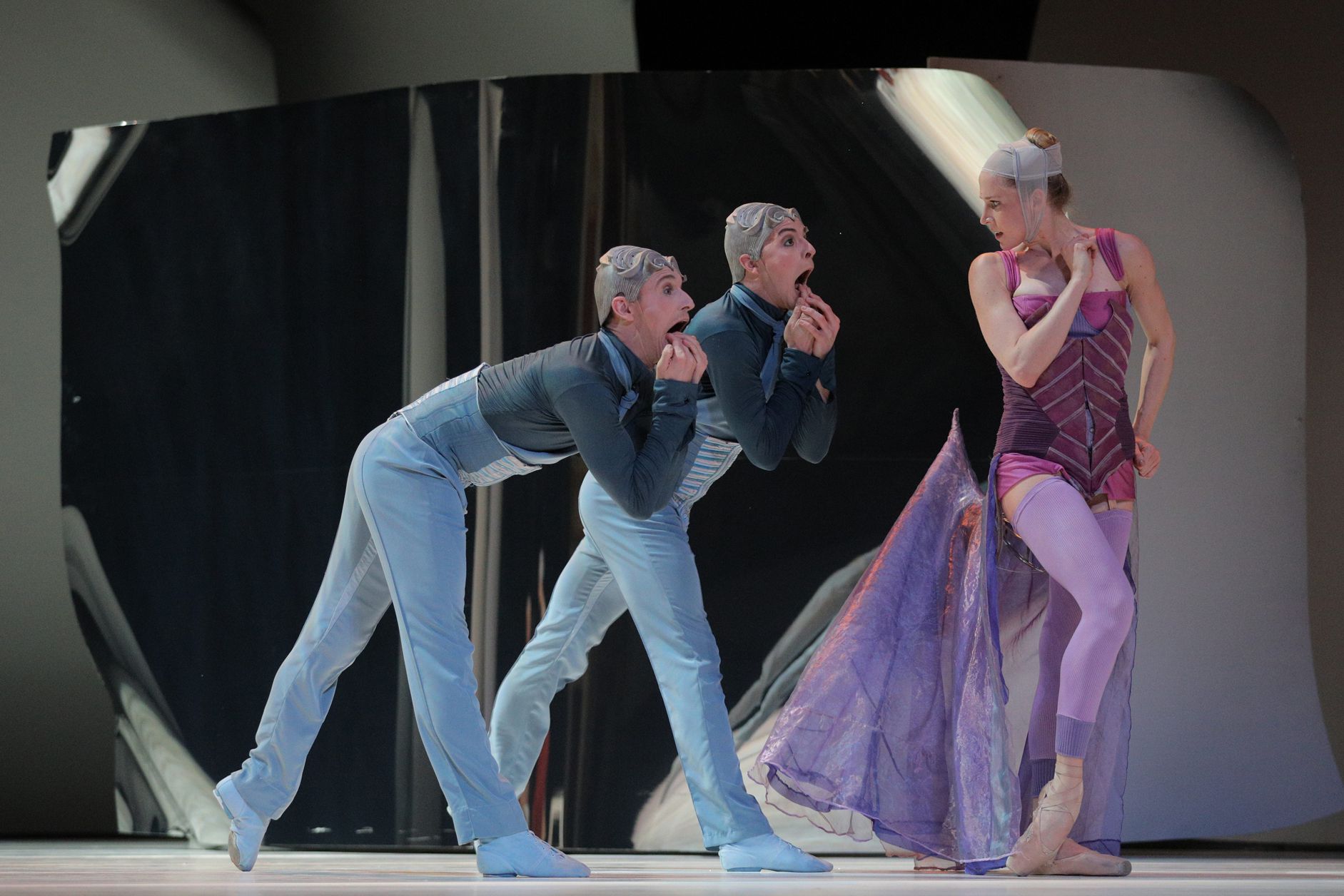 Les Ballets de Monte-Carlo is one of the most dynamic ballet companies around, widely acclaimed for its superb dancers, vivid, original productions and determination to make ballet more accessible.

The dancers in Maillot’s company, Les Ballets de Monte-Carlo, are fantastic performers. Explosive and expressive, light and lightning fast, they shifted from one fully articulated movement to the next with ease and precision.

The whole cast exhibited a refined, polished technique that testifies of the Monte Carlo troupe is in excellent shape.

Under the Presidency of H.R.H. The Princess of Hanover

1909 marks the beginning of a strong presence of choreographic art in Monaco. Serge de Diaghilev presents his Russian Ballet in Paris for the first time. They set up in Monte-Carlo which becomes their creative workshop for the next two decades. Since the Principality, Diaghilev has reformed ballet in his time in all its forms. Upon his death in 1929, the company was dissolved. Several personalities and choreographers revived it under various names but it disappeared completely in 1951.

In 1985, the Monte-Carlo Ballet Company was born thanks to the want of H.R.H. the Princess of Hanover, who wanted to enrol in this dance tradition in Monaco. The new company was directed by Ghislaine Thesmar and Pierre Lacotte, then by Jean-Yves Esquerre.

In 1993, H.R.H. the Princess of Hanover nominates Jean-Christophe Maillot as the head of the Monte-Carlo Ballets. Backed by experience as a dancer from Rosella Hightower and John Neumeier, and choreographer-director of the National Choreographic Centre of Tours, Jean-Christophe Maillot takes his turn in the company. He creates more than 30 ballets for her, including several which enter the repertoire of large international companies. The Monte-Carlo Ballets are now in demand throughout the world thanks to the iconic works of Jean-Christophe Maillot such as Vers un pays sage (1995), Roméo et Juliette (1996), Cendrillon (1999) La Belle (2001), Le Songe (2005), Altro Canto (2006), Faust (2007) and LAC (2011).

In 2000, Jean-Christophe creates the Monaco Dance Forum, international window to dance that presents an eclectic fusion of spectacles, exhibitions, workshops and conferences. The company regularly participates in this festival and the Académie Princesse Grace.

In 2011, under the chairmanship of H.R.H. the Princess of Hanover, a new structure directed by Jean-Christophe Maillot reunites these three institutions: The Monte-Carlo Ballets currently concentrates on the excellence of an international company, the assets of a diverse festival and the potential for a school of a high level. Creation, training and production are currently reunited in Monaco to serve choreography in an unprecedented manner in the world of dance.