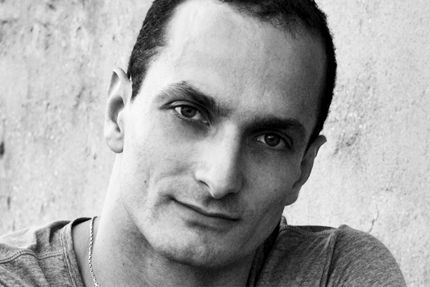 There was something that rang true in his work. He created images and moments that stopped me. I had a visceral instinct that here was a choreographer with real potential.

His magnetic presence and unparalleled immersion in every role he tackles has left his audience breathless.

Jiří Bubeníček in his own words

I am curious about what is happening with a human being in the world.

Choreography for me is finding myself. It is a glance inside myself.

Kavin Haigen, Ilse Wiedmann and John Neumeier. It was that great combination of people that made me understand what true artistry is.

Choreography is a puzzle where everyone finds the most suitable place. Choreography is done when all is in place. Apart from that, music is of utmost importance for me. I can stage the productions that really touch me only with the music.

Inspiration can be anywhere, one just needs to be open to it.

A Czech citizen, born in Poland, he is the star of one of the most famous ballet companies in Germany. Demanded by the public and choreographers all over the world, he reconsidered his artistic experience in such a way that starting from his very first independent productions it was clear for the ballet critics that a new perspective choreographer had appeared on international ballet stage.

Together with his twin brother Otto he graduated from the Prague Dance Conservatory. Thanks to the award at the Prix de Lausanne (1992) he was granted a place in John Neumeier's Hamburg Ballet, where he became a Principal dancer in 1997.

He did not only perform all principal male roles in Neumeier's performances, he was also granted with a very special honour – the role of Vaslav Nijinsky in the ballet “Nijinsky”, created by the legendary maestro specially for Bubeníček.

His Arman from Neumeier's La Dame aux Camélias was so stunning that he was invited to dance alongside with Aurelie Dupont and Agnes Letestu in Opera de Paris.

Bubeníček started performing with Semperoper Dresden Ballet in 2006. However, coming from the family of touring acrobats, he never stayed for too long at the same place — he also collaborated with the ballet companies in New York, Zurich, Vienna, Munchen, Stockholm and Beijing.

In 1999 Jiří Bubeníček started working on independent productions. His first premiere took place in Hamburg, later followed Prague, Copenhaguen, Zurich, New York, Basel, Athens. Amongst his most successful works are Unerreichbare Orte for Hamburg Ballet (2005), Le Souffle de l’Esprit for Zurich Ballet (2007) that was also staged for the Vienna Ballet on request of Manuel Legris and Toccata for New York City Ballet (2009). Up to date he staged more than 30 ballet pieces.

In 2009 he and his twin brother Otto created “Les Ballets Bubeníček” — a company that presents to the audience all over the world ballet shows with leading European ballet dancers.

Jiří Bubeníček has been awarded with many prizes throughout his dancing and choreography careers, for the  the Dance Open Award Best Duet (with his brother Otto) is one of them.

He worked in cinema and television productions, such as The Working of Utopia by Donya Feuer (2000, as a dancer) and Nachtrausch by Simon Gross (2006, as a choreographer).

In the Dance Open 15th Anniversary Season there will be presented the original version of Jiří Bubeníček’s Le Souffle de l’Esprit, adapted for Wiener Staatsballett.