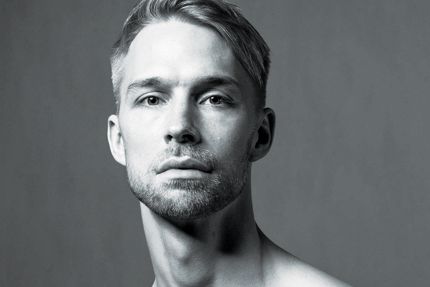 Lidberg’s experience in film translates to the stage, with highly visual and rich movement palettes.

Dance is cherished for many things. But the fact that it exists only in the moment, destined to change with each succeeding performance, gives this physical art form a unique brand of excitement all its own. Swedish choreographer Pontus Lidberg has taken that quality a step further.His works are created one way and have evolved in such a way that they can be viewed as new.

There's a sense that Mr Lidberg approaches dance as if he's behind a camera, drawing out his dancers' solitude. All the same, he does show his skill at revealing the elasticity of sustained dancing in undulating duets.

Lidberg succeeded in presenting the universal grace of both art and nature, the unrelenting storm of life experience.

A Swedish choreographer and dancer of international acclaim, Pontus Lidberg is mostly recognized for his dance film The Rain (2007), for which he has received numerous awards around the world.

He has been called a rising star of the world choreography and he has already secured a personal page in the history of dance manuals for future generations. The art lovers all over the world applaud to the works of this Swedish dancer, director and choreographer.

His career has been developing rapidly: within a few years he has gained a reputation of a creative and mystical artist who skillfully combines art with film. His most prominent work is The Rain, a film that has received a whole collection of awards from different corners of our planet. They include Outstanding Achievement in Choreography for Film at the Dance Media Honors (Los Angeles); Best Film at the London International Dance Film Festival; Best Dance Short at the Tiburon International Film Festival; a nomination for the Rose D’Or in Lucerne; and the Jury’s Special Mention at the Gothenburg International Film Festival.

Lidberg is also leading a successful dancing career. He was dancing at the Royal Swedish Ballet, The Norwegian National Ballet, Le Ballet du Grand Théâtre de Genève and The Göteborg Ballet. Apart from that, he performed for the Headlands Center for the Arts (2008) and Joyce Soho (2010). Throughout his professional life Lidberg was awarded with various grants. He received the support from the Baryshnikov Art Center, Rockefeller Brothers Fund, Jerome Robbins Foundation, Louis Vuitton Moët Hennessy Foundation, Swedish Arts Grants Committee, as well as the Distinguished Artist-in-Residence, co-sponsored by Harvard University's Department of Music.

As a choreographer he staged more than 35 works all over the world. He collaborated with Le Ballet du Grand Théâtre de Genève he Royal Danish Ballet, Beijing Dance Theatre, Norwegian National Ballet, Royal Swedish Ballet, Stockholm 59° North Theatre, Morphoses Theatre, as well as his own company, Pontus Lidberg Dance, that debuted in 2011 with their work “Fauna” at the Fall For Dance in New York.

His focus is on cinematography features in choreography language and in the means of creative self-expression. Lidberg’s first work for the camera, Mirror (2003), was commissioned by Swedish National Television and appeared on television as well as in dance film festivals around the globe. His Labyrinth Within (2011) received an award from the jury of the Short Film Festival in Rennes (France) in 2011 and it was named the Best Film at Dance on Camera Awards in Lincoln Center in New York in 2012. In the same year Lidberg was awarded with the Vilcek Foundation Prize for Creative Promise in Dance.