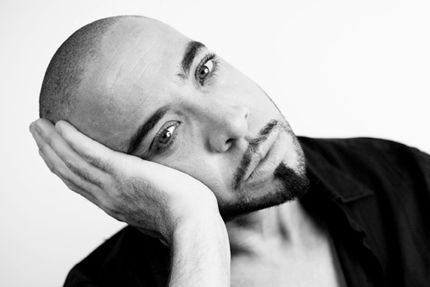 Dwight Rhoden has established a remarkably wide-ranging career, earning distinction from The New York Times as “one of the most sought out choreographers of the day.” A native of Dayton, Ohio who began dancing at age 17, Rhoden has performed with Dayton Contemporary Dance Company, Les Ballet Jazz De Montreal and as a principal dancer with Alvin Ailey American Dance Theater. As a performer, he has appeared in numerous television specials, documentaries and commercials throughout the United States, Canada and Europe and has been a featured performer on many PBS “Great Performances” specials.

For nearly 2 decades, Rhoden’s choreography has been the lynchpin in the development of the Complexions repertory. For over 19 years, Rhodens’ work has filled some of the most prestigious theaters across the globe including, The Bolshoi Theater, (Moscow) The Marinsky Theater,(St Petersburg) Maison De La Danse, (Lyon) The Dorothy Chandler Pavilion,(Los Angeles) Cairo Opera House (Egypt) The Arts Center, (Melbourne Australia) Telaviv Opera House (Israel) The ASB Theater, (New Zealand) Holland Dance Festival, Isle De Dance Festival (Paris) to name a few. CCB and Rhodens’ work has been presented on 5 continents and in over 20 countries. “Musicality, innovation, purpose, consistency, a brilliant use of stage space and the ability to tell a story – all these qualities make him (Rhoden) one of today's elect choreographers (The LA Times).

Since 1994, Rhoden has created over 80 ballets for Complexions, as well as numerous other companies, including Alvin Ailey American Dance Theater, The Arizona Ballet, The Aspen Santa Fe Ballet Company, BalletMet, The Dance Theater of Harlem, Colorado Ballet, Dayton Contemporary Dance Company, New York City Ballet/Diamond Project, North Carolina Dance Theater, The Pennsylvania Ballet, Marinsky Ballet (Kirov), Pittsburgh Ballet Theater, amongst others. Mr. Rhoden has also directed and choreographed for TV, film, theater and live performances including So You Think You Can Dance, E! Entertainment’s “Tribute to Style”, Amici, and Cirque Du Soleil’s Zumanity, and choreographed and appeared in the feature film “One Last Dance”. He has also worked with, and/or created works for such high-profile artists as Prince, Lenny Kravitz, Kelly Clarkson, Nina Simone, Marvin Gaye, U2, and Patrick Swayze. Rhoden was commissioned to create a work for the centennial celebration of renowned collage artist Romare Bearden. “Rhoden’s work is post-Balanchineanchoreography, a new aesthetic in movement, stage, picture, and performance concepts reflecting a post-modern, techno-savvy worldview” (Dance Magazine).

Widely known as “a dancer’s choreographer,” Rhoden has worked with, coached and created for some of the most diverse artists spanning the worlds of ballet and contemporary dance including legendary dance artists Carmen De Lavallade, Wendy Whelan, Maria Kowroski, Diana Vishneva, Desmond Richardson, Sandra Brown, Jodie Gates, and Gus Solomon, to name a few. Mr.Rhoden is the Resident Choreographer of North Carolina Dance Theatre and has lectured, taught, created works for and served as Artist in Residence at universities around the United States including New York University, Juilliard, UC Irvine, Skidmore College and The University of Mississippi, where his 2004 Racial Reconciliation Project was credited as a catalyst for dialogue in a community that has been historically divided.

Rhoden is a beneficiary recipient of various honors and awards including the New York Foundation for the Arts Award, The Choo San Goh Award for Choreography, and The Ailey School’s Apex Award in recognition of his extensive contributions to the field of dance.