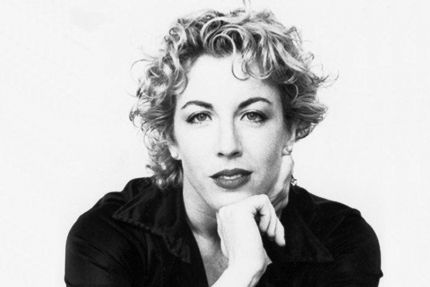 Helen Pickett emerges as a storyteller as well as a choreographer.

The dance world needs more Helen Picketts. Choreographers who can take the genre of narrative ballet and hurl it into visually and aurally dynamyc of the 21st century.

Helen Pickett was born in San Diego, California, studied dance at the San Francisco Ballet School. For more than a decade she was principal dancer with William Forsythe’s Ballet Frankfurt and was inspired by work with him so much, that she started teaching Forsythe-based improvisation at various universities in the USA and Europe.

Her career as a choreographer started after an assignment from Boston Ballet in 2005, and since then worked with numerous American companies: Washington Ballet, Aspen Santa Fe Ballet, Louisville Ballet, Dance Theatre of Harlem and Atlanta Ballet, where she became a resident choreographer (since 2012). Besides, she choreographed ballets for the Semperoper Ballet Dresden, Vienna State Opera and the Scottish Ballet. Upcoming commissions – Chicago, Kansas City, Oregon and other cities.

Helen Pickett also collaborates as an actress and choreographer with installation video artists and film makers. She created the role of the Queen in 89 Seconds at Alcazar, which was shown in 2004 at the Whitney Biennial and now is a part of the permanent collection of the museum of modern art in New York.

In 2014, for her ballet, The Exhiled, she was named Best Choreographer in Atlanta. In 2015 Helen premieres her first full-length ballet, Camino Real by Tennessee Williams.