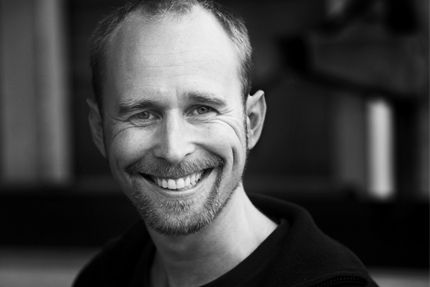 The Swede Johan Inger (Stockholm, 1967) had his dance training at the Royal Swedish Ballet School and at the National Ballet School in Canada. From 1985 to 1990 he danced with the Royal Swedish Ballet in Stockholm, the last year performing as a soloist. Fascinated by the works of Kylián, Inger was convinced that the next step in his dance career should take him to Nederlands Dans Theater. In 1990 the hour had come. He joined the Nederlands Dans Theater I and was a high-profile dancer in this company until 2002.

When Inger tried his hand at Nederlands Dans Theater’s annual Choreography Workshops (now Switch), Jiří Kylián noticed his talent for choreography. After four workshop pieces Inger was asked in 1995 to make his first choreography for Nederlands Dans Theater II. The resulting Mellantid marked his official debut as a choreographer. It was part of the Holland Dance Festival and was immediately a resounding success. It brought him the Philip Morris Finest Selection Award 1996 in the Contemporary Dance category. In 2001 Mellantid was nominated for the Laurence Olivier Award in the Best New Dance Production category.

Since his debut, Inger has made various works for Nederlands Dans Theater. For his ballets Dream Play and Walking Mad he received the Lucas Hoving Production Award in October 2001. Walking Mad as it was later performed by Cullberg Ballet was awarded the Danza & Danza’s Award 2005. Inger himself was nominated by the VSCD Dance Panel for the Golden Theatre Dance Prize 2000 and received the Merit Award 2002 of Stichting Dansersfonds ’79.

Inger left Nederlands Dans Theater for the artistic leadership of Cullberg Ballet in 2003. Over the next comming five years he made various choreographies for this company: Home and Home, Phases, In Two, Within Now, As if, Negro con Flores and Blanco. His most recent work was Point of eclipse (2007) at Cullberg Ballet’s 40th anniversary. In the summer of 2008 Inger stopped as artistic leader for Cullberg Ballet so as to devote himself entirely to choreography. In February 2009 he produced ‘Position of Elsewhere’ for Cullberg Ballet. In the years 2009–2015, Inger became ‘associate choreographer’ for the Nederlands Dans Theater. In this function, he created ‘Dissolve in This’, Tone Bone Kone, Sunset Logic, I New Then, B.R.I.S.A and One on One.

In 2013 Inger received the prestigious Carina Ari medal in Stockholm for his worldwide promotion of Swedish art and dance.