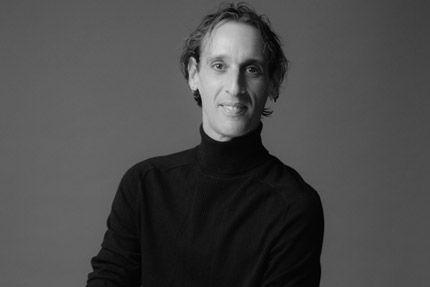 Born in Andalusia, nurtured with the sun and the rhythms of flamenco, Rubén Olmo has given his life and soul to dance. He began his professional training at the age of nine, and at 39 took charge of his country’s most prestigious company – Ballet Nacional de España, which represents the national traditions of Spanish dance throughout the world.

A graduate of the Spanish and Classical Dance course at Conservatorio de Sevilla, Olmo studied under great dancers including Marisol Delgado, José Manuel Moreno, and Pepa Coral. Spanish dance is a particularly individualist art form, where the character of the dancer has a decisive influence on their artistic style, and where many of the most talented dancers have their own school and their own adherents. Rubén Olmo attended the classes of numerous stars, exploring traditions, immersing himself in different interpretations and treatments, and honing his own personal style. Among his many teachers, he notes in particular Manolo Marín, Carmen Montiel and José Galván, Pedro Azorín, Mario Maya, and Javier Latorre.

His talents were discovered remarkably young. At 16, Rubén Olmo was already performing professionally, and at 18 he made his first appearance in the corps de ballet of Ballet Nacional de España under Aída Gómez, becoming a soloist a year later, and then a principal dancer. At the peak of his career in 2002, he decided to quit the company in order to work with other Spanish ensembles as a dancer, director, and choreographer. Olmo then collaborated with some of the leading companies and artists in Spain, including Compañía de Eva Yerbabuena, Ramón Oller’s Metros, and Compañía Rafael Amargo. Olmo also founded his own company, for which he has staged numerous performances, among them Érase una vez que era at Teatro Albéniz in Madrid (2003), Pinnochio at Teatro de la Villa de Madrid (2007), Tranquilo Alboroto (2010) and Las Tentaciones de Poe (2012) for Teatro Central de Sevilla, Horas contigo for Teatro Fernán Gómez (2018), La Muerte de un Minotauro for Festival Internacional de Danza Itálica (2019), Naturalmente Flamenco for Festival de Jerez (2019), and Diálogo de Navegante for Bienal de Arte Flamenco Málaga (2019). An acknowledged master and connoisseur of dance, and an ambassador for his native region, Olmo for many years led Ballet Flamenco de Andalucia and taught at the famous Centro Andaluz de Danza.

Since September 2019, Rubén Olmo has been director of Ballet Nacional de España, pursuing the company’s mission to preserve, promote and develop the fabulously wealthy heritage of Spanish dance.