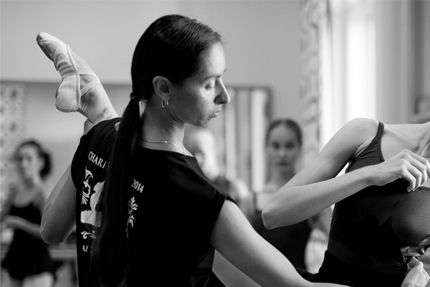 People's Artist of the Russia

Maria Allash was born in Moscow in 1976. She started her studies at the Moscow Academic Choreography College in 1986. Graduated in 1994 under Sofia Golovkina. She joined the Bolshoi Theatre Ballet Company, where she worked under the guidance of Rimma Karelskaya, attended the master-classes of Marina Semyonova, Svetlana Adyrkhaeva, and now works with Tatiana Golikova. Her perfect physique, noble appearance and good technique ensured that she was immediately given major roles, the 11th Valse in Chopiniana, the Solo in La Sylphide, Dulcinea, The Queen of the Dryads, in Don Quixote, Myrtha in Giselle — and promoted to soloist. Maria Allash goes on numerous tours both at home and abroad, has a wide concert classical, miniature and modern repertoire. In 2012 she was awarded the rank of People's Artist of Russia.