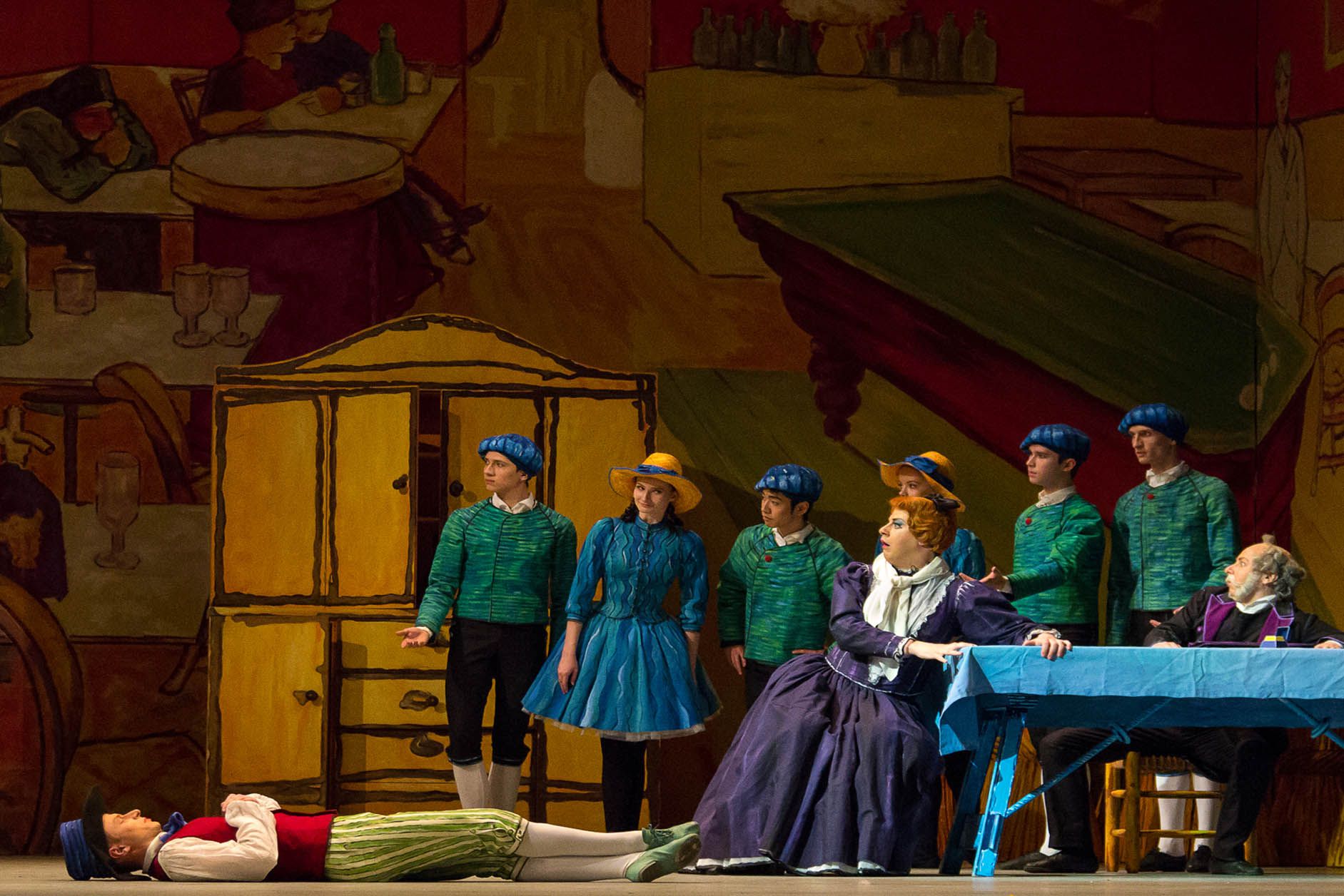 After several successful attempts on the reconstruction of Petipa’s productions at the Mariinsky Theater, La Scala and Novosibirsk, Sergei Vikharev and Pavel Gershenzon accepted a more challenging task offered by Vyacheslav Samodurov. Their goal was not to just revive the ballet, but to try to interpret the classics in a stylish way.

In Petipa’s notations stored in Harvard, La Fille Mal Gardée is not recorded completely: some dances have only the general structure, others are missing, pantomime scenes are described in words.

As Vikharev admitted, that was not a reconstruction in the full sense. He created some of the lost parts himself. «In my performance, there is about 45–50% of authenticity. However, it is 100% Russian ballet in style. It is an example of Russian ballet school, which was formed during the 19th century and exists until today.

Due to Vikharev’s highest skills as a choreographer, it is almost impossible to notice the difference between the old and new fragments and recognize the modern origin of the pantomime he created.

Sergei Vikharev managed to stage a ballet comedy, perhaps the most challenging genre of musical theater.

La Fille Mal Gardée is the first production based on Marius Petipa’s choreography included in the Dance Open festival program. In the year of the 200th anniversary of the world’s most famous choreographer, this ballet proves that the true classic is timeless and we can always relate to it.