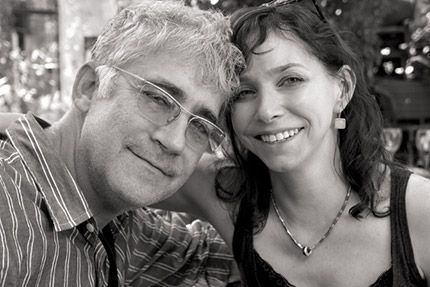 NYC Dance Project is a creative collaboration of two American photographers — Ken Browar and Deborah Ory. Ken is a renowned fashion/beauty photographer, and Deborah brings to the project a background in dance and editorial photography. They created the project to showcase the wonderful world of dance and dancers, centered in New York City. Ken’s passion for dance began when he lived in Paris and photographed dancers from the Paris Opera Ballet. His fashion work has appeared in fashion magazines worldwide.

Deborah has been a dancer since age 7, and when injured as a dancer, she couldn’t give up her passion for dance — she started photographing the rehearsals. After moving to New York City and working as a photo editor at magazines such as House & Garden, Mirabella and others, she began shooting editorial work for publications and also engaged in advertising work.

NYC Dance Project is a collaboration between Deborah and Ken and merges their experiences and creative passions to create unique and beautiful portraits of the dance community. The project is not just a collaboration between the photographers, but is also one with their subjects. Each shoot is prepared as though it were its own dance production, with attention paid to every detail — the movement, lighting and the feeling each photograph evinces.

NYC Dance Project has been featured in many magazines, including Harper’s Bazaar, Italian Vogue and Dior Magazine. Their work has been featured internationally in media such as CNN, The Guardian, The London Times, The Washington Post, and many others. Ken and Deborah’s photography book on dance, The Art of Movement, was published in 2016, and a sequel The Style of Movement: Fashion and Dance, was published in 2019. Both books have won International Photography Awards and have been bestsellers in the United States.

Ken Browar and Deborah Ory have had their work exhibited worldwide and have their work represented by the Cavalier Gallery in NYC, the Holden Luntz Gallery, and the Lanoue Gallery in Boston.