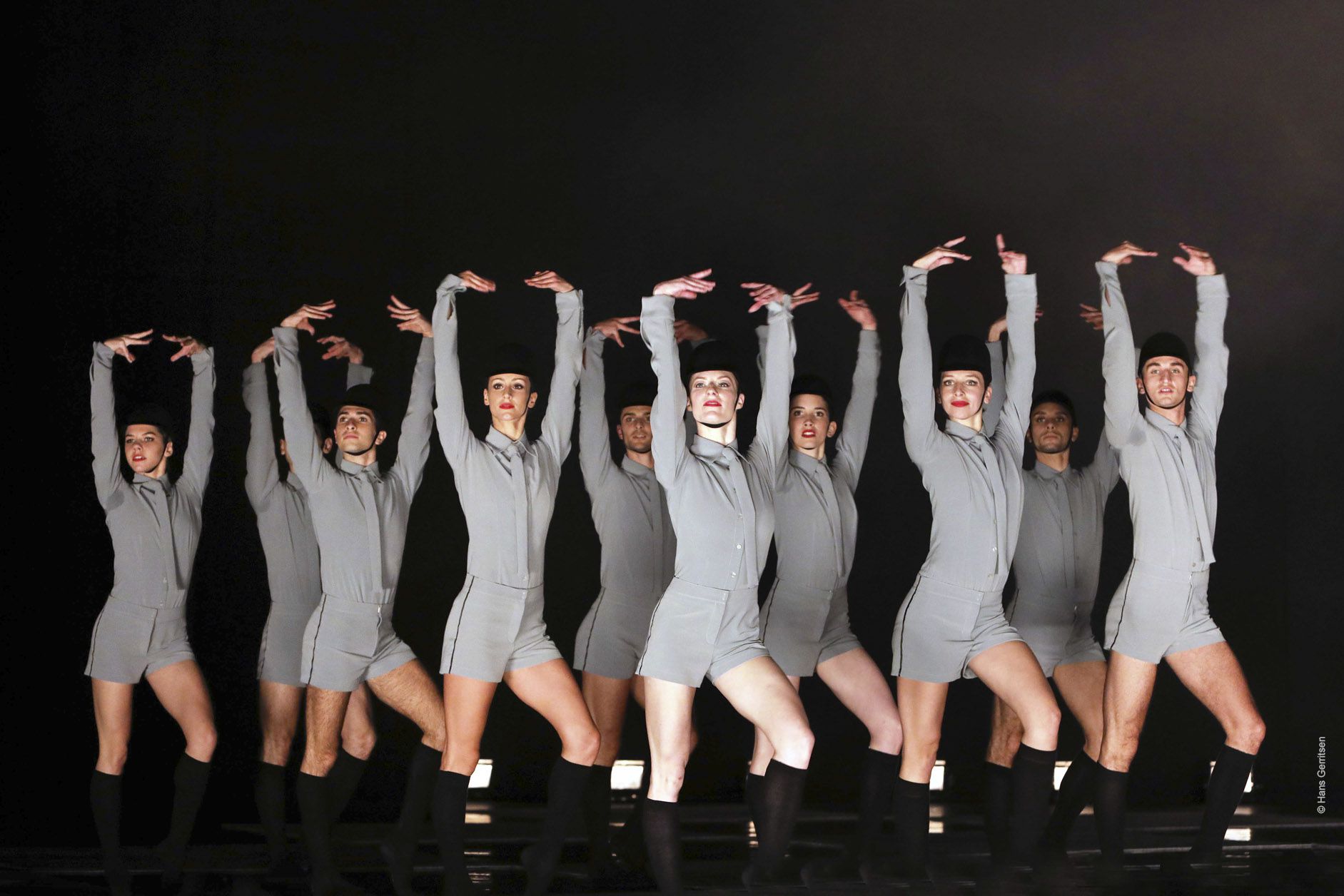 «Introdans» — it’s a unique phenomenon in the world of dance.

Crazy, irrepressible, quick, they are extremely different in different pieces.

Introdans has a relatively short history, but today it is already one of the three leading companies in the Netherlands. Since the foundation its mission was straight and clear: to introduce modern choreography to the largest possible public.

In 1971 Ton Wiggers, a recent graduate of Arnhem Dance Academy, and Hans Focking, an owner of a theatre agency, founded the ballet working group Studio L.P. that was the predecessor to Introdans. At first, the company had serious problems with funding because The Municipality of Arnhem didn’t understand why the city should need its own dance company. They didn’t believe in the company’s success.

For this reason, in 1970s Ton Wiggers began to create educational activities for school children and ballet amateurs in order to finance their performances. It took many years of hard work for the company to prove its viability, and as late as in 1979 the group finally received public and municipal grants for its projects. In 1980 the founders even threatened to dissolve the troupe, and after that, the funding became permanent.

These new opportunities allowed Ton Wiggers to attract guest choreographers: external influence was extremely important for the artistic development of the company. In 1980s Introdans has employed such famous choreographers as Nils Christe, Ed Wubbe and Hans Tuerlings. Thus, the Introdans took the lead in the list of the country's dance companies and in 1984 received Theatre Critics’ Award for the innovative role it played on the Dutch ballet scene.

It is interesting to note that Introdans has its own unique vision of dance performance: there is no distinct division between stars and corps-de-ballet, no primary and secondary roles on the stage. In each part different dancers take leading roles according to their plastique characteristics.

Today Introdans is represented by two dancing troupes. The Introdans repertoire includes only one-act ballets — be it expressive compositions without a story or narrative performances taking a form of classical ballets paraphrases which were a starting point for the dance company many years ago.

The Introdans literally means “introduction to dance”. Every year the ensembles give numerous performances in Netherlands and tours worldwide. Thus, they gain international popularity and become one of the most important ambassadors of the Dutch dance in the world.

These two dance troupes perform their shows on the world's leading stages, such as the Broadway stage (New-York, USA), the Bangkok's International Festival of Dance and Music (Thailand), also they gave concerts in South Africa, Argentine, and took part in the Edinburgh International Children's Festival (Great Britain), the Dance Festival Steps in Switzerland, etc.

The company works under the patronage of Her Royal Highness Princess Margriet and often accompanies the Royal House during state visits.

But the Introdans founders are sure that dance is not only the language of international communication, but also the language that helps to bridge generations. Their incredible and fascinating shows attract adults as well as children and youth. The company proposes an educational interactive program which encourages everyone to discover the world of ballet dance.