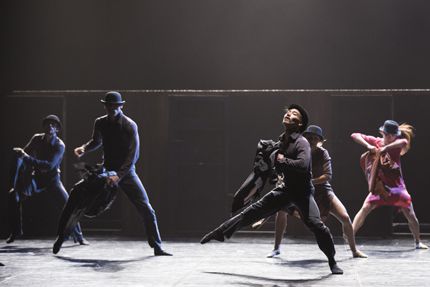 Slovene National Theatre Maribor (SNG Maribor)is the largest cultural institution in Slovenia. SNG Maribor Ballet ensemble cooperates with the Opera and Drama ensembles in its productions and produces around 2 ballet performances per year.

The ensemble, led by the Romanian dancer and choreographer Edward Clug, hosts many guest dancers and choreographers from other countries. During the last decade, Edward Clug has put SNG Maribor Ballet on the international map of ballet companies with his stagings of innovative and highly expressive ballet performances, which are nevertheless firmly rooted in ballet tradition, among others, the highly successful Tango (1998), Lacrimas (2002) and Radio and Juliet (2005), Prêt-à-porter (2008), etc.

Edward Clug received the Prešeren Foundation Award in 2005 and the Glazer Award in 2008 for achievements in the area of contemporary dance. SNG Maribor Ballet productions have been presented world-wide, for example, in Austria, Columbia, Luxembourg, Hungary, Israel, Portugal, Croatia, France, Germany, Italy, Singapore, the USA, and so on. The Opera and ballet Maribor is growing to the leading opera-ballet house in Slovenia and one of the vivacious and noticeable in this part of Europe.