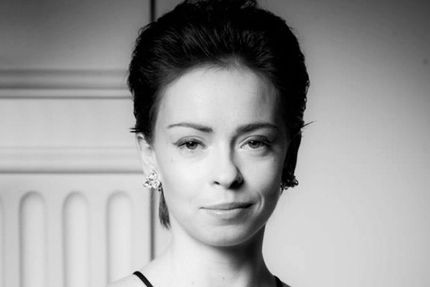 Ekaterina was born and grew up in Moscow. She started learning the art of dance at Galina Vishnevskaya’s center for opera singing and continued at Moscow state choreography school named after Mikhail Lavrovsky, then later — Moscow state academy of choreography.

Bolshoi theatre became the first and dearest stage for Ekaterina. It was here that her talent grew and came to bloom. In 2006, having been in the company for 3 years, she was shining as Princess Aurora, Cinderella, Gamzatti and Odette/Odile, becoming principal dancer in 2011. Today her repertoire comprises almost all of the classic parts, as well as loads of pieces by contemporary choreographers. She was the first one to perform Florina’s part in Ratmansky-Desyatnikov’s Lost Illusions and Ondine’s part in Samodurov-Henze’s Ondine.

Critics and audiences alike called her interpretation of Katharina in Jean-Christophe Maillot’s The Taming of the Shrew an absolute choreographic and dramatic masterpiece, claiming it to be “the work of a scope to make it into ballet history”. For this part Ekaterina got her Golden mask national theatre award, and it was with this production that Bolshoi theatre made its triumphal comeback to Saint Petersburg after 20 year long tour break.