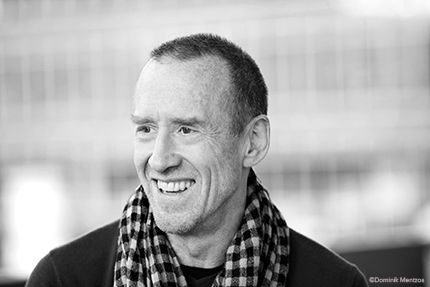 The American dancer and choreographer William Forsythe (New York, 1949) is regarded as one of the most radical and influential living innovators in contemporary choreography and dance. For over 40 years, he has redefined the syntax and praxis of his field, exerting unparalleled influence on subsequent generations of artists. Over the course of his career, he has developed an extensive repertoire of ground-breaking ballet choreographies and experimental, non-proscenium-based dance-theatre works, as well as an open-access digital platform for dance analysis, notation, and improvisation. His works are featured in the repertoire of many of the world’s major ballet companies, including Mariinsky Ballet, Saint Petersburg; Paris Opera Ballet; Royal Ballet, London; Dutch National Ballet; Semperoper Ballet, Dresden, Germany; New York City Ballet; San Francisco Ballet; Boston Ballet; and the National Ballet of Canada.

Forsythe trained at Jacksonville University in Florida and the School of American Ballet in New York and danced with Joffrey Ballet in Chicago. In 1976 he moved to Stuttgart and became a resident choreographer with the Stuttgart Ballet. In 1984 he became director and started a 20-year service with Ballett Frankfurt. His works for the company included Artifact, Impressing the Czar, Limb’s Theorem, The Loss of Small Detail, Eidos:Telos, Kammer/Kammer and Decreation. After the closure of Ballett Frankfurt in 2004, he established a new, more independent company, The Forsythe Company, which he directed from 2005 to 2015. Since then, he has created three pieces for ballet companies (Blake Works 1, Playlist [Track 1, 2]) and one for a small group of his own long-time dancers (A Quiet Evening of Dance).

Forsythe’s work has been acclaimed with four New York Dance ‘Bessie’ Awards, three Olivier Awards and the Nijinsky Award. In 1999 he was appointed Commandeur des Arts et Lettres. In 2010 he was awarded a Golden Lion at the prestigious Venice Biennale, as a crowning for his oeuvre and contribution to the development of the art form of dance. In 2012 he received the Samuel H Scripps / American Dance Festival Award for Lifetime Achievement and in 2016 the Grand Prix de la SACD. He is currently Professor of Dance and artistic advisor for the Choreographic Institute at the University of Southern California, Glorya Kaufman School of Dance.