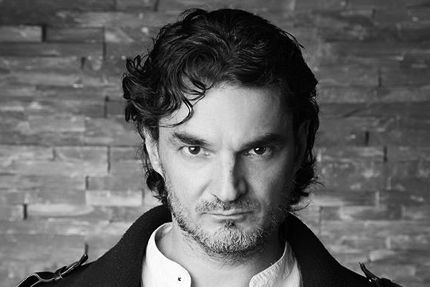 Stephan Thoss has created his own universe with a unique body language.

Stephan Thoss in his own words

The dance is born by the history that one wants to tell.

An art work cannot be objective, as the most significant part of it should be based on the gut feeling, irrationality, a driving factor of a feeling.

I am fighting for the dance to be seen as music and not as the dramatical performance or opera.

A very productive choreographer with more than 90 works of various formats, from short pieces to full-length performances on his record. An experienced artistic leader, he influenced the development of 3 ballet companies that he directed. A fearless interpreter of canonical ballet scenes from Giselle to Swan Lake. An expert in burlesque, a very uncommon style in the choreography of all times. One of those who today makes the tomorrow of the world choreography.

All this relates to Stephan Thoss, who was born in Leipzig and who graduated from the famous Palucca School in Dresden, one of the first European schools of free dance and the only independent high school of dance in Germany. There Thoss was a student of legendary Patricio Bunster, who highly influenced the development of the modern dance culture in Latin America (at that time Bunster was hiding in Dresden from the Pinochet dictatorship in Chile).

In addition to that, Thoss studied the theory and practice of the German expressional dance, based on Rudolph von Laban school. All this helped him create his own signature style.

After almost 10 years as a dancer, in 1992 Thoss started making texts for choreography. He was actively working with various dance companies, mostly German and in 1993 he received the Mary Wigman Prize for Special Achievements in Choreography. In 1999 he was awarded with the Bavarian Theatre Prize for his work Schlaraffenland ist abgebrannt…

Apart from that, Stephan Thoss received quite a few other awards, such as the prestigious Der Faust Award for Giselle M. in 2007 and the Austrian Golden Schikaneder for Blaubarts Geheimnis in 2014. It is the latter ballet piece that the audience of the Dance Open Anniversary 15th Season will see in the programme of One Act Ballets of Wiener Stattsballet on 16 April 2016 on stage of Alexandrinsky Theatre.

Throughout his career Stephan Thoss has managed to work with such an impressive number of German and Austrian dance companies that he has become one of the most well-known choreographers in these countries. It is not a coincidence that film director Ralf-Peter Post chose him for his documentary about the profession of a choreographer. The film under the name "Der Choreograf Stephan Thoss und Le Sacre du Printemps" was shown for the first time in 2007 on ZDF Theater, a German digital TV channel. And yet the geography of Thoss is not limited to Germany, he has many admirers around the world, in Bazel, Innsbruck, Amsterdam, Firenze, Montreal, Houston and many other cities.