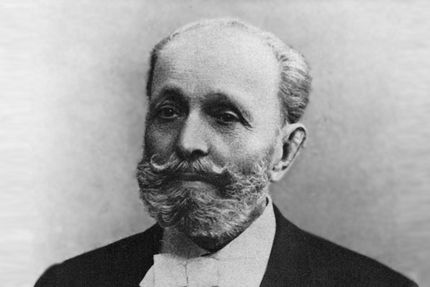 Marius Petipa in his own words

Marius Petipa’s name remains hugely familiar in the 21 century. It appears on the posters of the most popular ballets: Swan Lake, The Sleeping Beauty, La Bayadère, Giselle, Don Quixote, The Nutcracker. His portrait is readily available: an old man with gentle smile and neatly combed beard. His work is discussed in bookloads of scientific articles, and his character portrayed in films. However, as the bicentenary of his birth arrives, all that we know for sure about him as that we know almost nothing.

Petipa himself turned his biography into a legend. Born to a theatrical family, he had an eye on success and a taste for adventure — essential attributes for a career in the arts. To win commissions, Marius changed the date of his birth and pretended to be his own brother. His indomitable spirit pushed him to romantic adventures that forced him to flee from Spain. He fought like a lion for every penny he could get from impressarios or the Ministry of the Russian Emperor’s Court. He was not reluctant to borrow other artists’ ideas, and even whole scenes from other choreographers’ ballets. Even so, at the age of 85, the principal choreographer of St. Petersburg’s Imperial theatres turned the story of his eventful, passionate life — full of triumphs, hardship, and disappointment — into something truly apocryphal. For more than a century, Petipa’s memoirs were the main source of information for his biographers.

The situation with his works is even more complicated. Nowadays, the name Petipa is almost synonymous with the whole tradition of classical ballet. He is considered, if not the author, then the editor of all 19th century ballets that have survived to this day, with the exception of Bournonville’s Danish La Sylphide.

Indeed, as the head of the Imperial Ballet for more than forty years, Petipa created not only about a hundred ballets, as well as dances in dozens of operas, but also the principles and values of the modern system of classical ballet. True, he was not the one to come up with the idea of large classical ensembles or of bringing national dance to the stage. He did not introduce pointe dance or the principle of the ballet hierarchy. He did not invent ballet d’action or pantomime. He may not even have been as innovative as is generally believed when it comes to the creation of ballet combinations.

Nevertheless, Petipa synthesized and propagated all the experience accumulated by the art of ballet through the two centuries of its professional existence.

Meanwhile, his followers, paying all their respects to his great legacy, have for a century already been shaping and cutting the golden brocade of Petipa’s ballets according to the tastes of their times. The scores of Petipa productions, stored in the library of Harvard University, suggest that even the exemplary St. Petersburg editions of today are so far removed from the original as to be beyond recognition. Nowadays, Petipa may be seen as a Homer of the ballet — a giant whose life and work are legendary, and whose name has served for well over a century as a shorthand for the collective conscious and unconscious of the ballet.