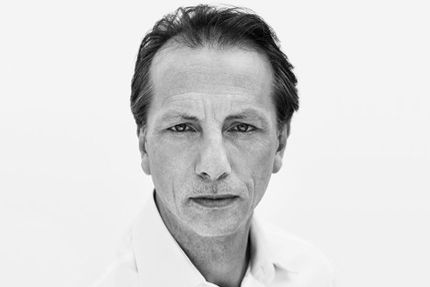 Pastor completed his first choreographic work in 1986 for an international gala performance in Łódź. After creating several ballets for the Dutch National Ballet's workshop programmes, in 1992 he was asked to design a ballet for the company's main programme: the successful «Shostakovich — Chamber Symphony». He worked as a freelance choreographer from 1995. In the 1997/98 season he joined the Washington Ballet as its choreographer in residence, and became the Dutch National Ballet's choreographer in residence in the 1998/99 season. Pastor has since gained considerable recognition as an international choreographer, creating nearly fifty ballets to date, including the highly acclaimed “Do Not Go Gentle…“, and “In Light and Shadow“; the large-scale, full-length production “Kurt Weill“, “Acid City“, „Don Giovanni”, „Tristan”, and „Dangerous Liaisons”"; as well as „Symphony Fantastic” for the Australian Ballet.

In 1995 Pastor's duet “Detail IV” won the Gold Choreography Award of the Helsinki International Ballet Competition. In 2000 he was awarded the Medal of 200 Years of Polish Ballet by the Ministry of Culture in Poland, and the Dancers Fund'79 Choreography Prize in the Netherlands. His choreographies: «Do Not Go Gentle…» (2000) and “Kurt Weill” (2001) were hailed in the Netherlands as great artistic events of those seasons, and presented as such at the Dutch Days of Dance. In 2001, his ambitious and challenging production “Kurt Weill” was also nominated at the Bolshoi Theatre (Moscow) for the prestigious international Benois de la Danse Prize in no less than three categories. In January 2003, Krzysztof Pastor was appointed resident choreographer of the Dutch National Ballet, sharing the position with Hans van Manen. In this capacity, he created «Si después de morir», “Voice” which premiered at the Holland Festival 2004, “Don Giovanni“ as well as “Crossing Paths“, „Suite for Two”, and „Visions at Dusk”. In December 2007 he was invited by the Bolshoi Ballet in Moscow to work with the Bolshoi's star Svetlana Zakharova (duet from “Tristan“ and solo from „Voice”). In May 2008 in Edinburgh with the Scottish Ballet, Pastor premiered his own original, cutting-edge version of Prokofiev's “Romeo and Juliet“ and his pieces „Moving Rooms” (2008) and “Sheherezade” (2009) were specially prepared for the Holland Festival premiered with the Dutch National Ballet. His newest work is “Dumbarton Dances” to the music of Igor Stravinsky in Amsterdam.

His works have featured in the programmes of renowned festivals: Holland Festival, Holland Dance Festival, and Edinburgh Festival, and also at international ballet competitions, to great critical and audience acclaim. His choreographies have been presented by Het Nationale Ballet during the company's tours of the Netherlands, France, Canada, and Britain. In 2008 the Australian Ballet brought his “Symphony Fantastic” to its prestigious guest performances in Paris. He has also been invited to be a judge at the International Choreography Competition in Groningen, the Eurovision Young Dancers competition in Warsaw, the New York International Ballet Competition, and the Polish National Dance Competition in Gdańsk.

After years of artistic absence from Poland, Krzysztof Pastor was invited by the Teatr Wielki — Polish National Opera in Warsaw to stage his “Tristan” to the music of Richard Wagner. Following the choreographer's first visits to Warsaw, the theatre's general director Waldemar Dąbrowski asked Pastor to accept the position of director of the Polish National Opera's ballet company, with the aim of giving the company artistic independence and elevating its position at the Teatr Wielki to that of the Polish National Ballet. Pastor took up his new post on 18 March 2009 while retaining his duties as resident choreographer of Het Nationale Ballet in Amsterdam.