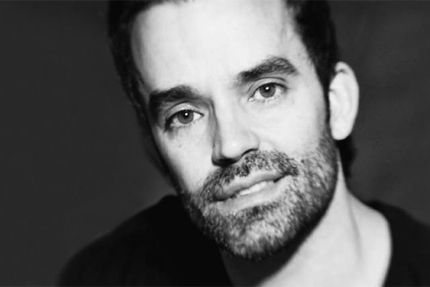 Watkin's power as an artistic director lies in his calmness, patience and natural enthusiasm whit which he works.

My artistic vision for Semperoper Ballett is based upon removing the borders that traditionally exist between classical and contemporary dance styles and redefining dance as the culmination of both. Simply movement in time and space. A broader perspective of dance. A journey towards opening peoples minds in search of a greater art, and that being my primary goal.

Outstanding ideas are often the most simple ones and are not hard to plumb.

The balance of a good company appears when dancers who are strong in classics inspire those who dance in contemporary style and vise versa.

The atmosphere we create inside the company is just as important as the international reputation.

Born in Canada, Aaron Sean Watkin graduated from the National Ballet School of Canada in 1988 winning the prestigious Erik Bruhn Award as the most promising student of the school. Watkin is experienced in a variety of different styles of dance including Vaganova, Bournonville, Balanchine and the French and English styles. Watkin enjoyed a full career in dance beginning with leading classical companies including National Ballet of Canada, English National Ballet and Dutch National Ballet, where he worked his way up from corps de ballet to the ranks of soloist. After the classical repertoire, he was invited by world renowned choreographer William Forsythe to become a Principal Dancer with Ballett Frankfurt. During this time he learned a completely new vocabulary of dance and had numerous opportunities to create new works with Mr Forsythe, the experience was invaluable.

Watkin always admired the works of Mr Nacho Duato and in 2000 joined his company, the National Dance Company of Spain. By this point Watkin's professional experience in dance included an excellent knowledge of diverse repertoire including the classical ballets of Petipa, Ashton and Wright and the contemporary works of Balanchine, Forsythe, Kylian, Duato and many others.

From 2002 to 2006 he had been developing his staging and administrative skills while assisting famous choreographers and artistic directors, such as David Dawson and Victor Ullate. In 2006 Aaron S. Watkin was appointed Artistic Director of the Semperoper Ballett a position that he has been successfully taking for the 10th season in a row. Aaron took the ballet company to a new professional level and he is not going to rest on his laurels.