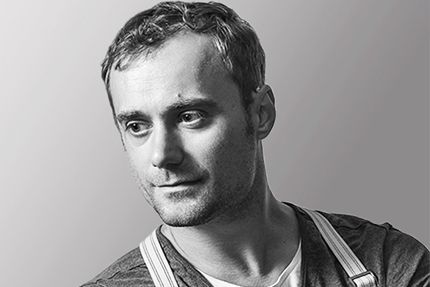 Young artistic director of the ballet company who keeps surprising the city with his sense of humour in the pointe game and with his taste for extravagant ties at first nights, he was able to win over the company’s affection and then he showed remarkable efficiency with several premieres per season, and, finally, he made us believe in all the seriousness of his intentions by taking all the hard routine work with his Ekaterinburg ballet.

Ballet is one of the few types of art that does not chase after sociality and relevance.

What is the real classical company? It is the smoothness of the corps de ballet, good technical skills of dancers, aesthetic integrity and universality.

The ballet does not have the future without choreographers.

Theatre will not be alive without creative work and without completely new productions.

Dance is the dialogue with music.

Graduated from the Vaganova Academy. In 1992 joined the Mariinsky Ballet Company where he became a principal dancer in several years. He was known for his rapid and hot-tempered manner of dance. In 2000 he became the principal dancer with the Dutch National Ballet and in three years he transferred to the Royal Ballet, Covent Garden in London.

From 2006 Viacheslav Samodurov has been working as a choreographer. His first works in this area proved to be very distinctive. His debut ballet, In a Minor Key to the music of Domenico Scarlatti, was created for the Mikhailovsky Theatre in 2010 and was nominated for the Golden Mask Award.

In 2011 he was invited to take up the direction over the Ekaterinburg Ballet company. His systematic approach to work led the ballet company from the Urals to the new level.

Viacheslav is in the constant search for unusual creative solutions. Thus, he premiered Tsvetodelika to the music of Tchaikovsky, Pärt and Poulenc to commemorate 100th anniversary of the Ekaterinburg Ballet Company. This production was named the Event of the Year. Among the numerous award of the ballet master are two Golden Masks and the Soul of Dance.