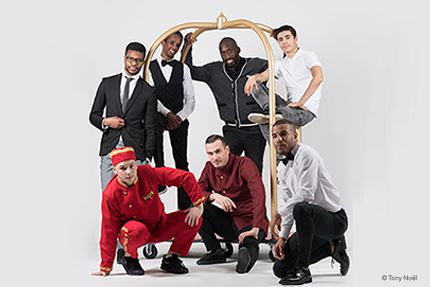 For many years, street dance and theatrical dance gave each other a wide berth. Whether in the fearsome competitions between rural Irish step dancers or the dance-offs of black teenagers in America, street dance was as real as knives hidden in boots. Questions of who was the strongest, who was the toughest, and who was the leader of the gang could be decided through dance competitions. The theatre, meanwhile, was somewhere over the horizon, part of the rich bourgeois world to be treated with disdain. And it goes without saying that theatrical audiences viewed street dance with distaste and a little fear.

But little by little theatre began to pay attention to the street. The first internationally famous example was West Side Story in 1961, with choreography by Jerome Robbins. Of course, it was a very clean version of the street, danced Broadway-style, and real street dancers reacted the way the common man always has to ballet – as in Nikolay Nekrasov’s poem Ballet: “You’re sweet, you’re as light as air / So dance your Fille du Danube, but leave a bloke in peace.” Their energy, their way of life, and their idiom had been noticed, however, and after that there was no stopping the process. Theatre began to take a real interest in the street as a cultural phenomenon, while the street looked at the theatre with curiosity, wondering if there was a buck to be made.

In the sixties, the two worlds moved ever closer, and over the last four decades the border between them has disappeared completely. The theatre has embraced the street wholeheartedly, and hip hop has become a fully recognized language for first-class performances. The performers, however, still don’t come out ballet schools, even if their genre is now taught at many of the finest academies. They come from the poor neighborhoods, from the sidewalks where the boys still have knives sticking out of their boots. That’s how hip hop has retained its wild energy — the newly announced holders of impressive theatrical contracts well remember the backstreets where they learned their first steps.

The French group Tie Break, which appeared four years ago when its eight brilliant dancers decided to perform together, offers a product that at first glance looks very “tame”. In Lobby, the action takes place in a top-class hotel. There are even sets and props — a reception desk, an armchair in the lobby, a large bed in the room. The lights on the elevator flash and the hotel staff push a clothes rack across the lobby. It looks as if daring and dangerous breakdancing has been translated into the language of service staff — those wonderful, carefully drilled boys always there to relieve you of your luggage at just the right time and discreetly accept a tip.

But that’s just the very first impression. Soon you realize that there are no limits to this dance. Pirouette on your head on top of the reception desk, use the bed as a trampoline — any object will yield to these guys, who can perform flying somersaults without any of the ostentatious warnings of the circus, sling their legs into outrageous angles, and wrap themselves into knots that would be the envy of any contortionist.

No longer a danger to anyone but the dancers themselves, street dance has settled into the theatre, but it hasn’t stopped being a manifesto for freedom. It’s just that times have changed, and you no longer have to fight to the death for freedom. There’s plenty of freedom in the theatre for everyone.