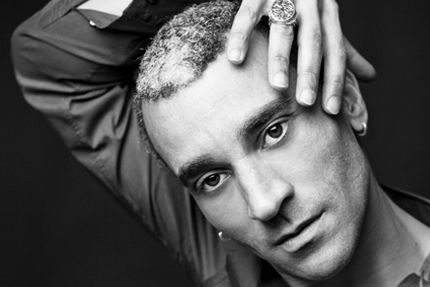 Beauty of this dancer and choreographer multiplied by his talent and skills allows us to forget about human imperfections.

Patrick de Bana in his own words

It's very important to be able to dream.

Ex-principal dancer of the Béjart Ballet Lausanne and Compañia nacional de Danza, directed by Nacho Duato, Patrick de Bana was always notable for his unique plastique. He gorgeously danced in ballets by Jiří Kylián and William Forsythe, Mats Ek and Ohad Naharin, and in 2003 founded his own ensemble, Nafas Dance Company.

His creative endeavor is very varied. He was invited by Carlos Saura to create choreography and dance in his movies Iberia (2004) and Fados (2006). One year later Patrick de Bana went on a European tour with the Queen of Portuguese Fado — Mariza. Later, he participated in the ballet project with a famous Iranian composer of the classical Kurdish and Persian music Kayhan Kalhor, collaborated with the Shanghai Ballet Company. Also he is interested in Sufism, and especially in rituals of the Mevlevi Order, who practice dance as a way to achieve unity with God.