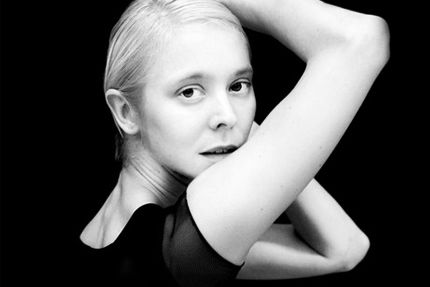 Horecna is emerging as an exciting choreographer.

Born in Bratislava/Slovakia, where she studied dance since she turned seven. Performing with the Slovak National Theatre in classical Swan Lake and The Nutcracker, she immediately could be noticed for her flattering type. That's why Igor Holovac created a role of Laura in the opera production The Glass Menagerie based on a play by Tennessee Williams. For eight years she danced at the renowned John Neumeier's Hamburg Ballet, thеn worked with Scapino Ballet Rotterdam, and from 2006 to 2012 became a member of the Nederlands Dans Theater 1.

Since Horecna was a contemporary ballerina, she worked with numerous choreographers of our days – Jirí Kylián, Sol Leon, Paul Lightfoot, Mats Ek, Crystal Pite and others. Moreover, she successfully adopted methods of George Balanchine, John Neumeier and Robert Cohen.

Starting with her first productions she got herself noticed as a unique and talented choreographer. When she made a desicion to work as an independent choreographer in 2012, she was named a “Choreographer of the Year” by German Tanz magazine, and In 2014 she was awarded as the best Young Choreographer on the Taglioni European Ballet Award.