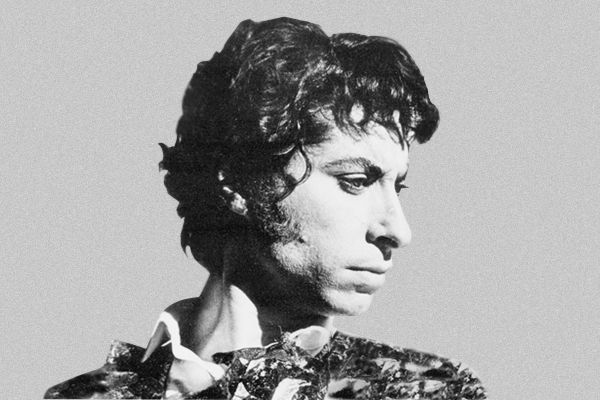 He is called a rebel, a genius, a bold innovator and a pioneer who gave the world a new style of dance and a school that synthesizes the art of ballet with the traditions of flamenco. Many will agree that among the choreographers and dancers in the history of spanish dance of the twentieth century, Mario Maya is one of the iconic figures.

An unusual biography and some romantic extraordinariness are the usual set for a true and great bailaor (spanish dancer). Born in a gypsy family, Maya absorbed the traditional culture of the Granada quarter of Sacromonte as a child, and began dancing as soon as he learned to walk.

Impressed by the talent of little Mario, the English artist Josette Jones painted his portrait. After winning the prize, she unexpectedly sent all the money to the boy. This gift of fate allowed Maya to go to Madrid to study.

The legendary Pilar Lopez, discovered Maya, once seeing his dance in the tablao (a place where flamenco dancers performed). The Spanish ballet Pilar Lopez was famous not only for its bright performances, but also for being a forge of frames. Her school was passed, for example, by Antonio Gades, who, like no one else, did a lot for the popularity of flamenco in the world. Maya worked at the company for only two years, but they became an important stage in his creative path.

After working with Lopez, Mario's brilliant career started: one after another, bright duets with talented dancers were born, offers of tours, including in the United States, were showered. In the mid-1960s, he unexpectedly moved to New York to study modern dance at the schools of the most progressive choreographers. Many believe that it was the acquaintance with the American "new wave theater" that led the Maya to create their own unique style. The New York audience was amazed by the revolutionary performances and non-standard approach to traditional flamenco.

Maya brought elements of ballet technique and exercise to it, curbing the irrational spontaneity of traditional dance. In an effort to make it a full-fledged alternative to classical ballet, he not only made an attempt to put flamenco on an academic basis, but consistently transformed it into an expressive means. Gradually, his choreographic numbers developed into full-fledged performances, where the dance became only part of the action designed to reveal the storyline. And in later productions of the Maya, various poetic texts also appeared.

In the 1970s, after returning to Spain, he created several independent ensembles of his own, received many honorary awards and accepted the artistic leadership of an Andalusian dance troupe. Finally in 1983 Mario Maia opened a school in Seville, where flamenco is taught along with classical ballet and jazz dancing. Today, several generations of talented artists call him their teacher.

From the street stage to the professional theater – the grandiose path made by Mario Maya can not fail to impress.