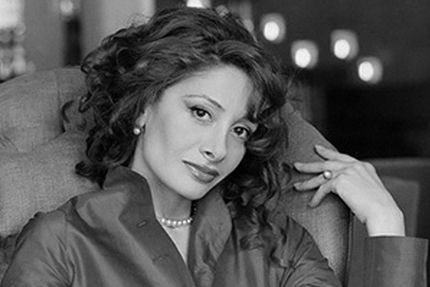 She knows how to be different. Critics, while discribing her, often contradict each other. Some of them see a master of passion in her, some mention a cold technique, others with surprize discover her comedy talent. Chances are — all of them are right in their own way.

Graduated from the Tbilisi State Choreographic Institute (class of Serafima Vekua and Vakhtang Chabukiani). After studying on probation at Saint Petersburg Choreographic School named after Vaganova (Vaganova Academy of Russian Ballet) she joined Tbilisi Opera and Ballet Theatre named after Z.P. Paliashvili. In 1992 was invited as a lead soloist with the Mariinsky Ballet.

Irma Nioradze has many admirers from all over the world. On the one hand it is thanks to her perfect technique that can be seen when she performs such ballets as Giselle, Don Quixote, Symphony in C, and on the other hand she obtains a great dramatic gift, that makes every classic and already familiar to the audience role to sound in a new way and very often in a very unexpected manner.